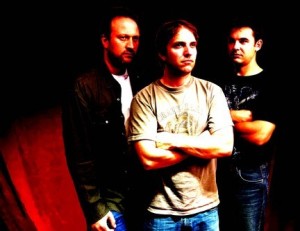 “… Docters back in those days hoped that Morphin, if directly injected in the blood stream, would not lead to addiction. The opposite occured. …”

Morphin are a band of 3 musicians – Andi on drums & vocals, Stefan on bass and Flo on Guitar & Vocals – who came together sometime in this millennium to live and play rock. In 2010 the band released their album “fifteen months”. Even though home recorded, quality can easily take it up with full blown studio recordings. Since then several stages have been rocked, numerous beers have been drunk and new musical material has been composed, tried out, scrapped, restructured and rocked.

2016 these new songs shall finally be released on a new album. A majority of the instrumentation already has been recorded at Morphin’s own studio / rehearsal room / live club. More work is to do, but the band still is confident that a release date can be announced before 2017 begins.

In reality and live most of these new sounds can already be experienced at one of Morphin’s gigs. More on upcoming shows and other band related actions here on this site in the Shows section. It’s always worth a visit.